The history of these diseases begins in the early years of the 20th century when a child was seen in the Royal Infirmary in Edinburgh. He had all the features later to become familiar as being characteristic of mucopolysaccharide storage diseases. Not knowing anything about the diseases, the physicians called it “Johnny McL’s disease”.

Then, in 1917, two patients were reported in the medical literature by Dr. Hunter from Winnipeg. Two years later a patient was recorded by Dr. Hurler in Germany. All of these patients exhibited coarse features, an enlarged liver and spleen, clawing of the hands and bony deformities. The German patient was severely developmentally delayed.

The reports by Drs. Hunter and Hurler were later read by other physicians and it became obvious that there were other children who looked like the patients and had similar characteristics. The eponym for the condition became Hurler Syndrome. Worthy of note is that the first careful description of the disease was made here in Canada. 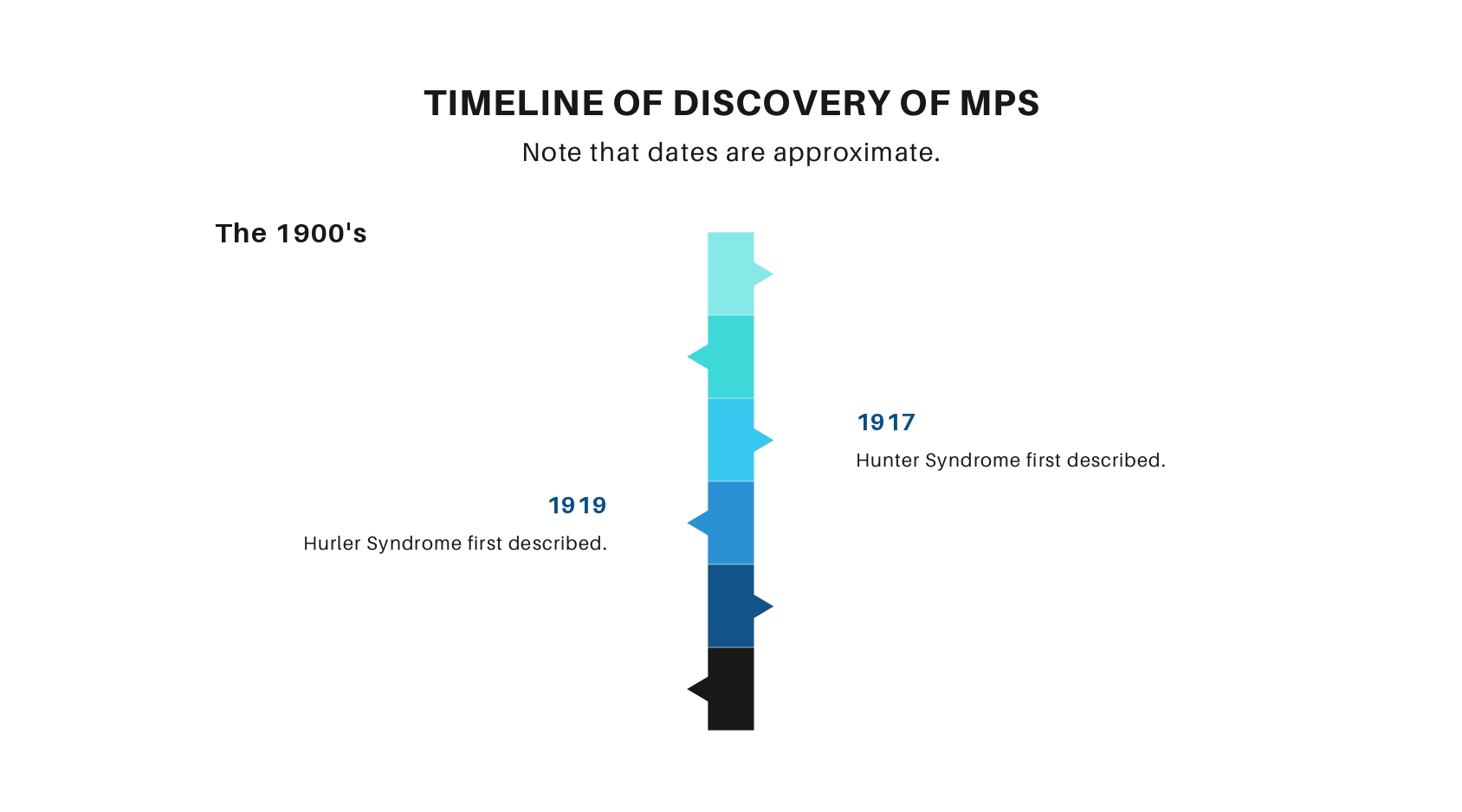 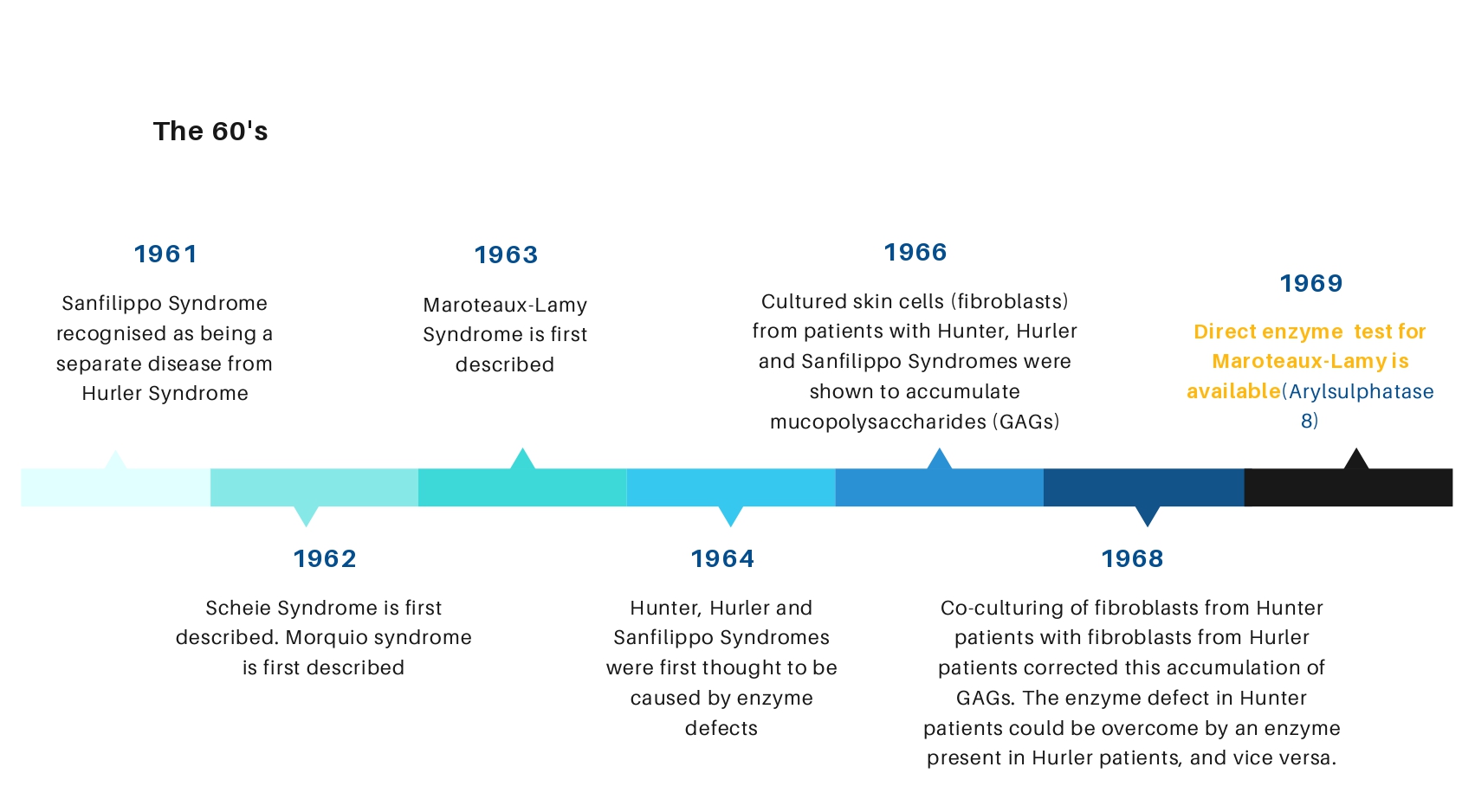 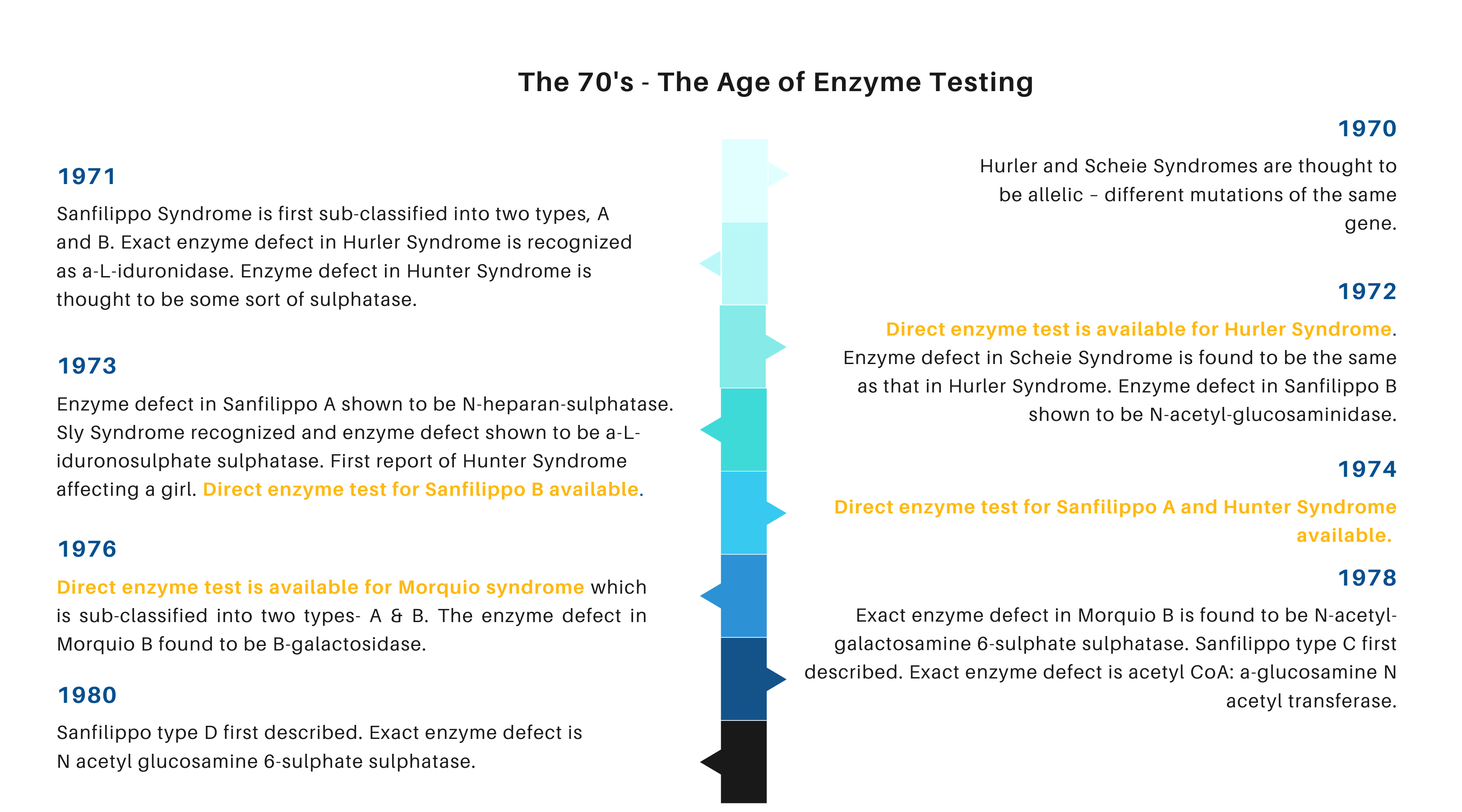 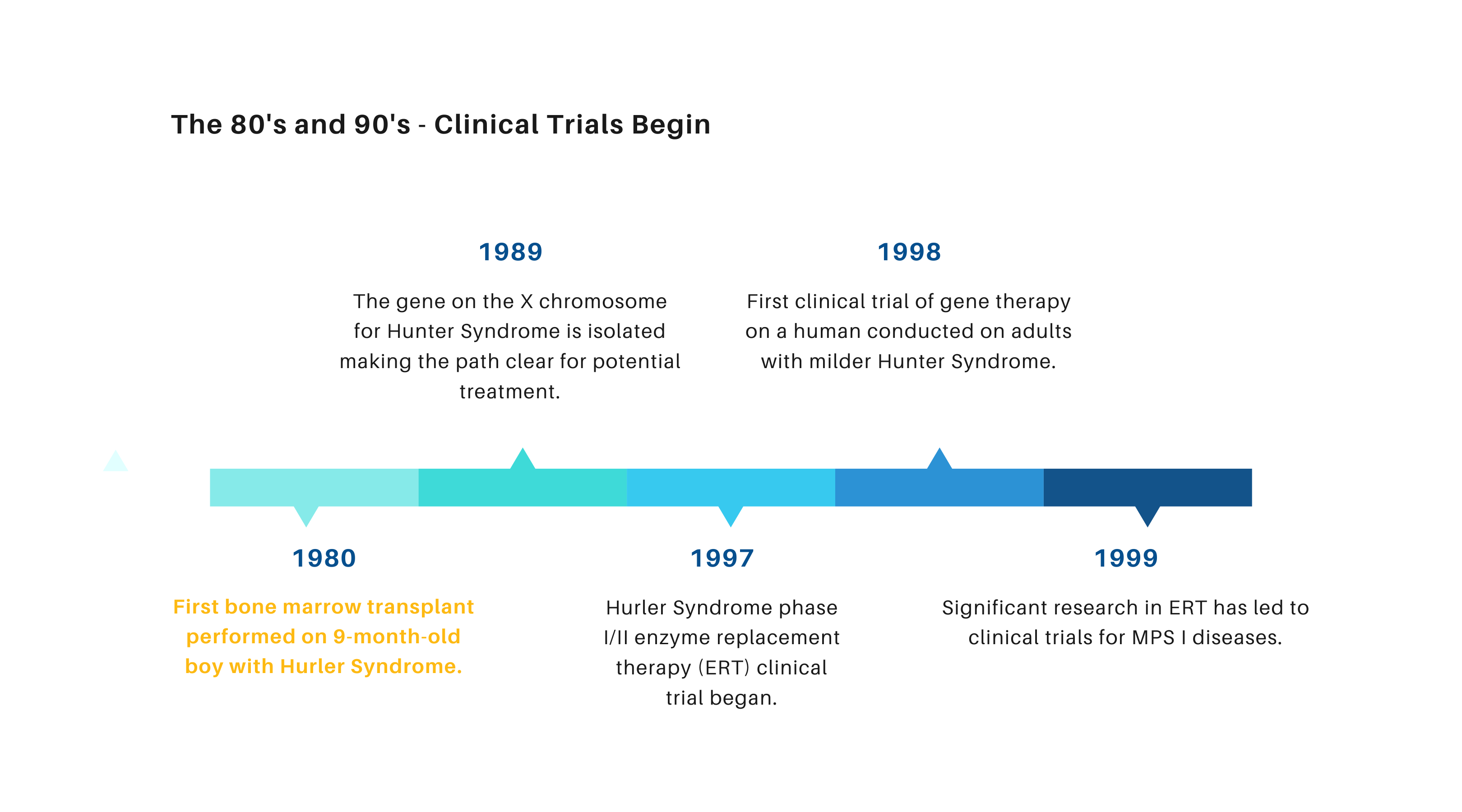 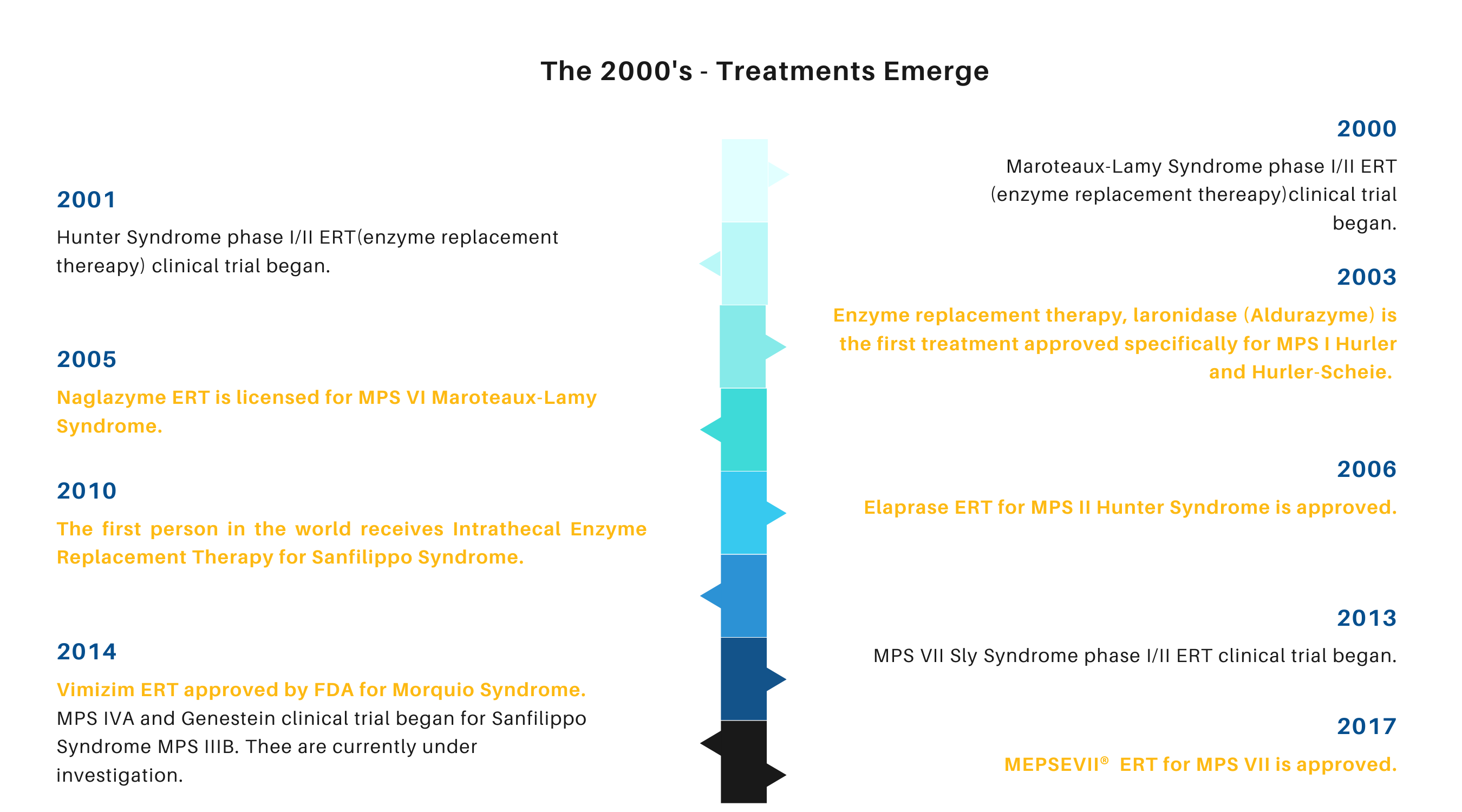 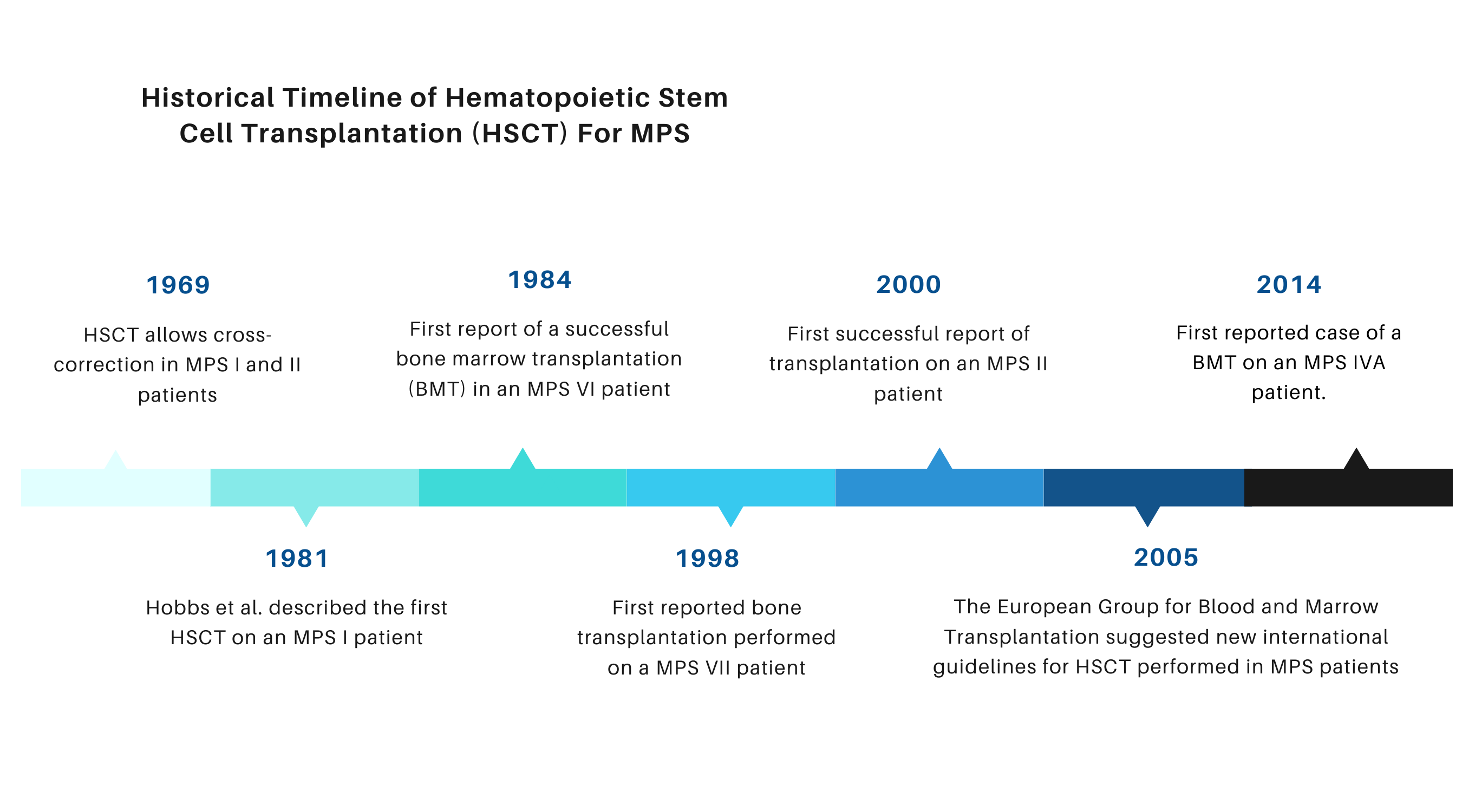